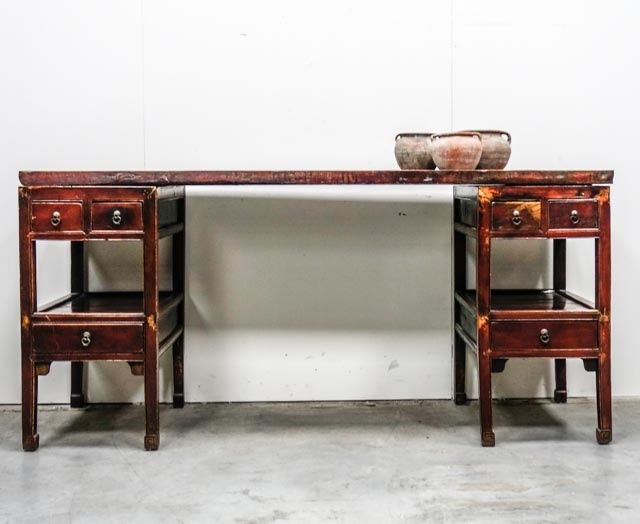 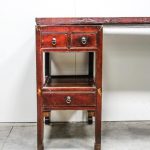 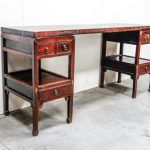 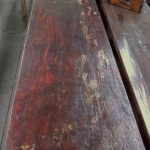 Authentic console or office desk. Consists of 3 separate pieces: 2 high side tables with drawer and a top made of one (!) pice of solid wood. The side tables have small wooden extensions on the top. The one piece top has small slits so that it perfectly fits together and stays that way.

Desks with drawers did not become common in China until the late Qing Dynasty, by which time western styles were having more of an influence on Chinese design. Until that time Chinese scholars would use more general purpose painting tables for their work. During the late Qing period many desks with drawers were produced particularly in the Southern province of Guangzhou and in Ningbo, either for western concessions or for export. The standard design was for the desk to be made in three parts, with two sets of drawers supporting each end of the upper part of the desk. It was common for the handles on drawers to be quite decorative, and a favourite motif was of a bat – a symbol in China for happiness and long life. 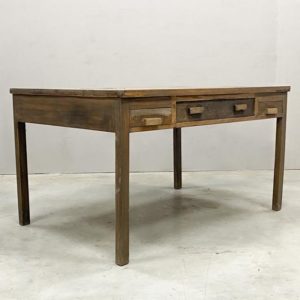 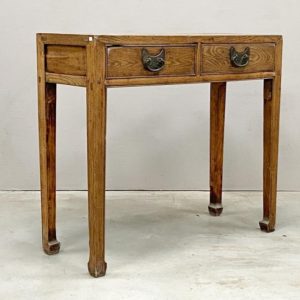 Small elegant side table or desk 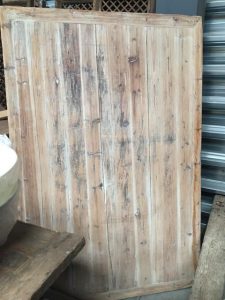 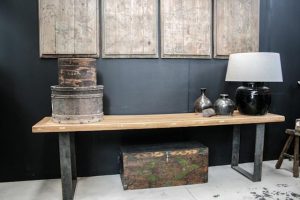