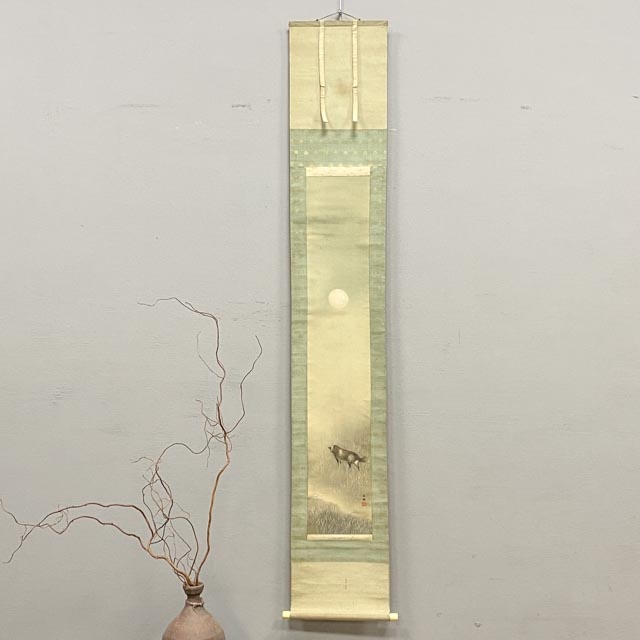 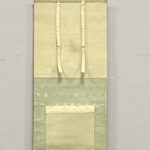 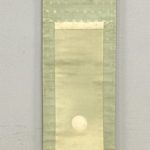 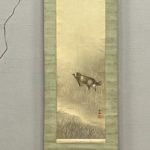 These hanging scrolls or ‘kakejiku’ are a Japanese form of art of creating a beautiful display of images, poetry or calligraphy. In the West, these scrolls are mostly associated with tea ceremonies, but kakejiku were mainly found in a special room at a traditional Japanese home. This room was especially build to connect daily life and art; an original philosophical thought that is not practised anywhere else!

Not much is known about Hôryû, only that he was born and lived in Osaka, and that he was a pupil of Mori Nihô. His work can safely be dated to the beginning of the 20th century; it is characterized by the outstanding skill with the brush: he excels in transparent Sumi washes, and he manages to depict animals in a very realistic manner. His relative obscurity is probably due to his not having worked in either Kyoto or Tokyo 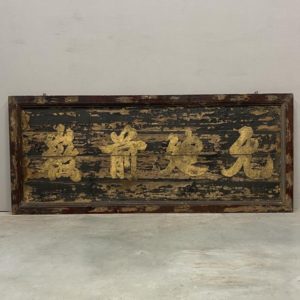 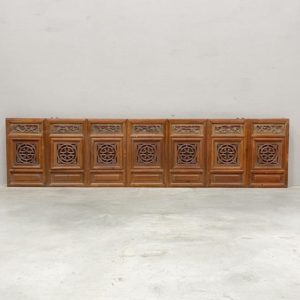 Long panel with signs for prosperity 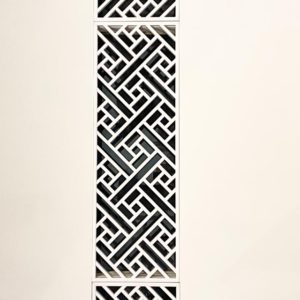