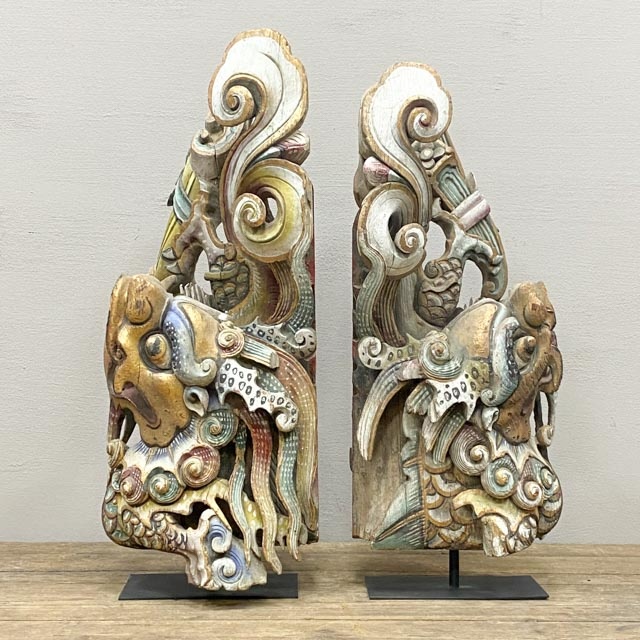 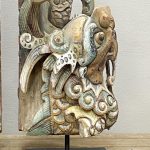 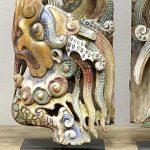 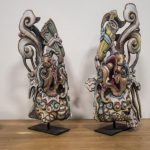 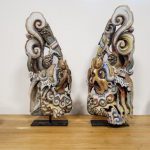 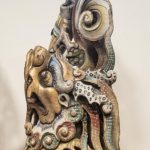 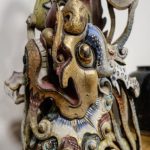 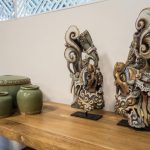 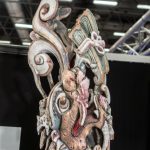 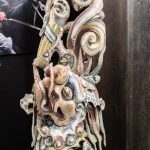 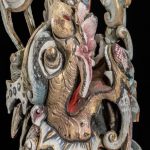 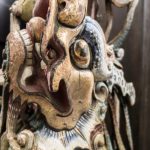 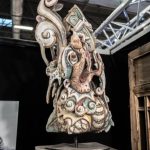 This pair of wood sculptures of exceptional quality depicts carp fish with dragon heads. Carved from one piece of wood into a multidimensional sculpture, the fish were first used as an architectural element, decorating the ceiling. Now, the extraordinary fish are presented on a metal base as unique antique decorations.
They symbolise a famous Zen legend: Climbing the Dragon Gate. The legend tells of carp who swim, against all odds, up against a thousand-foot waterfall known as the “Dragon Gate” at the headwaters of China’s Yellow River. The few successful carp turn into dragons when they reach the top.
The fish desiring to become dragons can symbolise students facing the tough imperial examinations so they are admitted to the palace of the emperor (nowadays university exams), or to poor persons seeking treasure. It is also a metaphor for attaining Buddhahood: nothing less than the willingness to sacrifice your life will be enough to become Buddha. The image of a carp jumping over Dragon’s Gate is an old and enduring Chinese cultural symbol for courage, perseverance, and accomplishment. 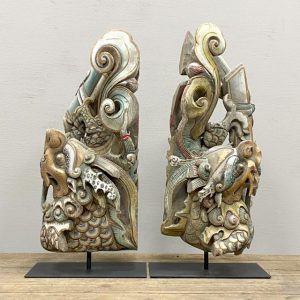 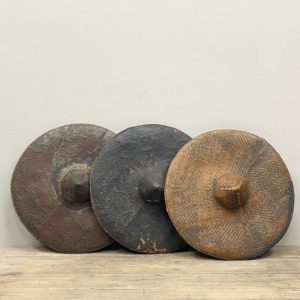 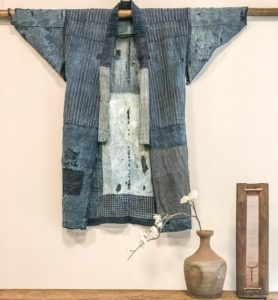 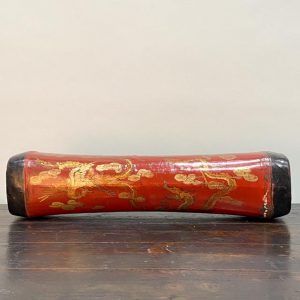